Issue 22 is going to the printers tomorrow with a limited number of copies available a day or so later. The Condensed version will follow shortly and even e-book formats.

So here we go, this time we have to thank...


Download on the right as usual.
Posted by Steve j No comments:

As a few folks have noted I have neglected to post an up to date map of the Pot for some while, here is the latest effort for Issue 22. 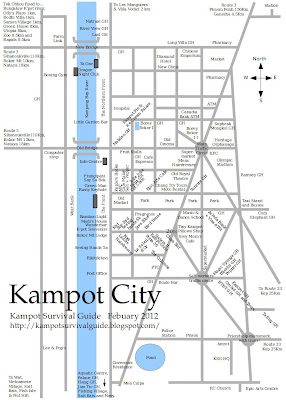 Issue 22 update.
Well as per usual we are still waiting on a couple of lazy folks, though they are rapidly running out of luck as we go print in 2 days, expect the usual thank you post when we finalise the ad's.
Posted by Steve j No comments:

Kampot Survival Guide has moved HQ, here follows a few pic's leading up to the handover of Bar-Red to Michael (an English guy but he's OK).

Both the KSG and the old Red crew wish Michael all the luck in the world in his new Cambodian adventure.


Here be Steve j on his run down period, the draught Cambodia beer being a lot easier to chuck out than the old cans. 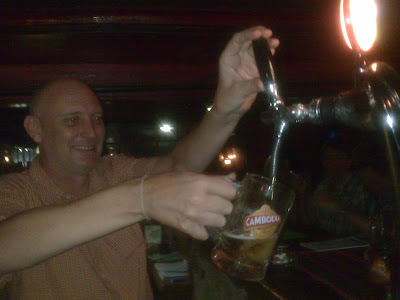 Zee, a former Red shows off the rice harvest, around a ton and a half of rice was eventually stored at Red. 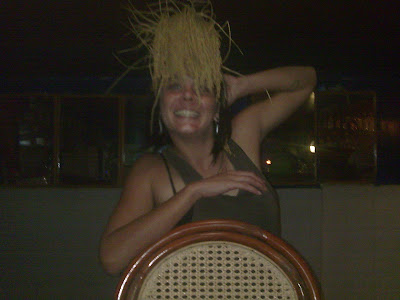 Dick Man had his bro over from Thailand who was sadly hit by unusually large measures, he recovered later that night but failed to consume any more pop. 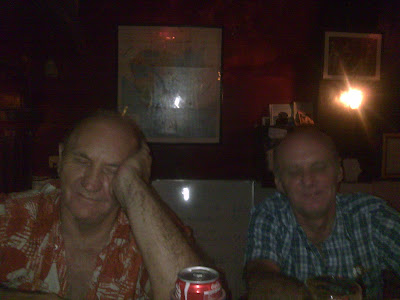 Iris was the last victim of the sleeping policy, ironically she was decorated by Zee who holds the record for being face painted at Red. 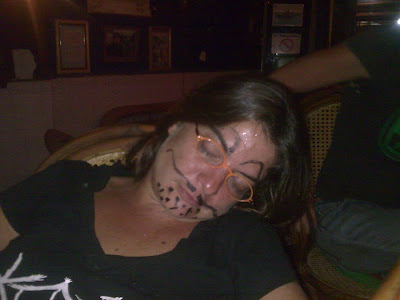 Srey Mom tries her hand at pouring the draught, she was on tip toes to do this! 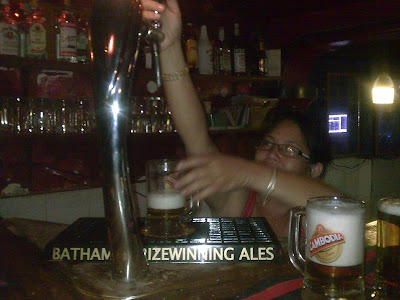 Steve J and Michael seal the deal on the riverside, sometime just before dawn, can you see his redness coming out? 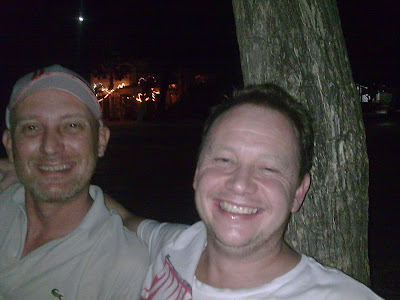 Handover night brings new thrills to Michael as he pours his first Cambodia beer for Steve. 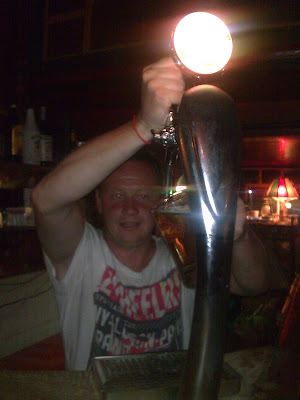 Michael soon gets the hang of pouring and finds the draw of the pop. 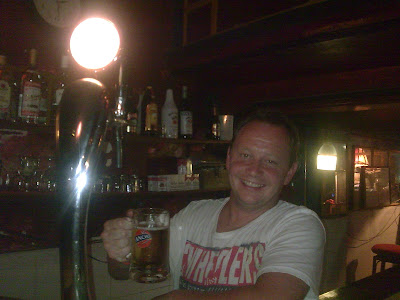 Kampot Survival Guide is now located in the old Farm link premises and has started a new business called Farm Inc, selling top quality Vietnamese pepper to the masses and serving the odd beer to old friends, pop in some time.


Issue 22 Update
Due to the sale and handover of Red this issue has been delayed by one month. So if you still want inclusion in the guide please hurry and get some artwork done, we will be printing before the start of Febuary!
Posted by Steve j No comments: