After a torrid month for the KSG staff a proof of issue 15 is at last available. We are sorry for the delays but we suffered both injuries and age during June, vast fluid consumption didn't help either.

Anyway have a look at our latest proof, when you find the errors please drop us a line, so maybe we can correct them before print.


Many thanks go out to this months sponsors...

You are all blessed...
Posted by Steve j No comments:

Kampot Daelim drag racing team looses first race ever. Unfortunately Myfanwy the sole Pot racer to turn up was out paced, she lost only by a yard or two but in a massive mis-match, she took on a 650cc dirtbike in the standard standing quarter kilometer, and used only 5% of the fuel the dirtbike devoured. 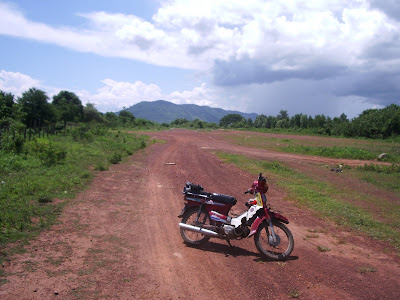 Fanny on the strip.

River monster sighted, repeatidly. Pics of the monster have been flooding into the KSG offices ever since the issue 14 report, it seems there may be more than one of the beasts. Warning notices have been posted all along the river stating the dangers of swimming or playing by the rivers edge, you have been warned. 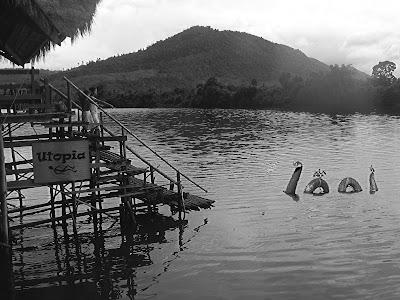 Monster caught on film up at Utopia.

Issue 15 is coming on nicely. New articles have been accepted from Kate the editor and Captain Frank, Ace Irvin is also working flat out to fill the last few lines, so you will see the new issue in a week or so.