Why ponds are sometimes difficult to find.

It has come to our notice that pond delivery systems were not always as accurate as they could have been, cop some of this... 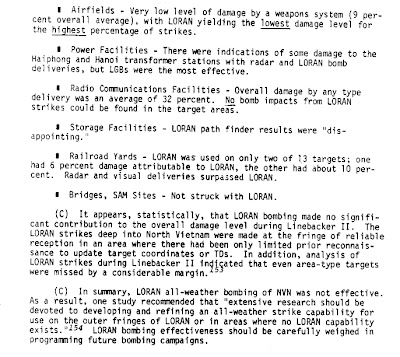 Another little gem on a similar vein,

Missions to the east and south, closer to and around Phnom Penh, were either radar synchronous (using the aircraft bomb-nav system), or by LORAN (PAVE BUFF or PAVE PHANTOM), or depended upon a ground-based SST-181 WET SNOW beacon. The opening scene in the movie, "The Killing Fields", is based on a true incident, in which one of the B-52's in an Arc Light mission did not offset the target from the WET SNOW beacon resulting in about 20 tons of bombs being dropped across the beacon's location. The beacon was set up in the town of Neak Luong, about 40 miles southeast of Phnom Penh. This "short round" incident, on August 6, 1973 resulted in more than 400 friendlies killed or wounded.

This one can be read here...

Some detailed info is in this file.

Pathfinded operations in the Khmer Republic.

LORAN was a system used extensively in the bodge, and as they say above, if they couldn't find all their ponds then, how am I supposed to find them now.


Posted by Steve j No comments: