Much confusion reins in the Pot since the map below was issued, it's from the Canby guide, probably the best guide books for Cambodia but sadly it seems they have been misled. Notice the highlighted area showing the so called "French Quarter". Below this map is a chunk of the 1964 map of the Pot, made some 11 years after the French left, now look at what was on the east side of this so called "French Quarter", yep it's a swamp! 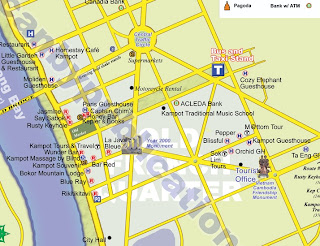 Canby Publications Map of the Pot 2011 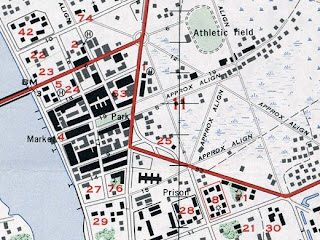