Another proof to check.

Yes we are rolling again with another print run of Issue 20, if you have time please scan through the pdf and let us know of the horrors that lie inside.

Many thanks in advance.
Posted by Steve j No comments:

Kampot's Origin.  “Chinese Kampot”, which local people called Prey-Srok and Europeans called Kampot, was on the right riverbank of the west branch of the Prek-Thom River. Its inhabitants were exclusively Chinese. The village consisted of two ranges of houses running parallel with the river and two roads. In January 1888, there were two pagodas of brick, a market, 75 houses, and a Chinese school. The number of inhabitants was 267 (65 men, 65 women and 137 children). Most of them were merchants and some had sea junks. 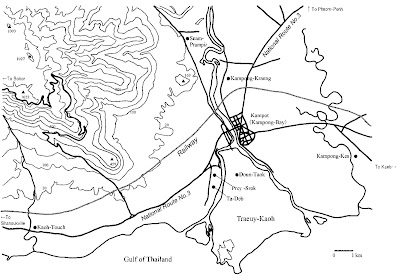